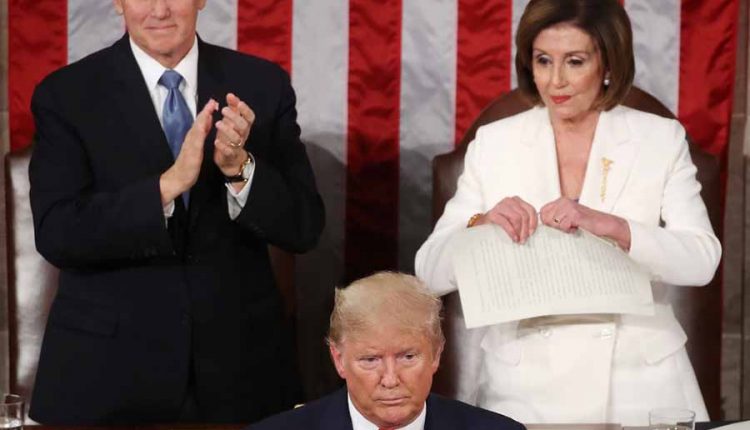 “A Manifesto of Untruths”

Not only Nancy Pelosi, but other Democrats expressed their displeasure at the speech on the state of the nation. The Michigan governor opposed it.
In their official response to President Donald Trump’s State of the Union speech, the U.S. Democrats primarily addressed the concerns of ordinary Americans. “It doesn’t matter what the president says about the stock market,” said Michigan governor Gretchen Whitmer. Millions of people must struggle to make ends meet. In his speech, Trump highlighted achievements in economic and trade policy.

Whitmer campaigned primarily for her party’s health policy proposals. “It’s pretty easy. The Democrats are trying to improve your health care. The Republicans in Washington are trying to take it away from you.”

Trump had praised his political achievements for more than an hour. The Democrats watched the speech with a petrified expression; some left the room angry at the President’s statements, which they described as lies.
Nancy Pelosi expressively tore the pages of his composition because of the discourse despite Trump’s good faith. Criticism came from the White House and Republicans.

When asked about the scene, Pelosi said a little later that given the alternatives, it was the most neighbourly thing she could have done. She called the speech “Manifest of Untruths”. Pelosi is a bitter opponent of Trump and one of the driving forces against the U.S. President in impeachment proceedings, which is expected to end on Wednesday with an acquittal by the Republican majority in the Senate.

Mother about drunk driver who drove her children to death: “I don’t hate him”

Fed warns of coronavirus impact on the US