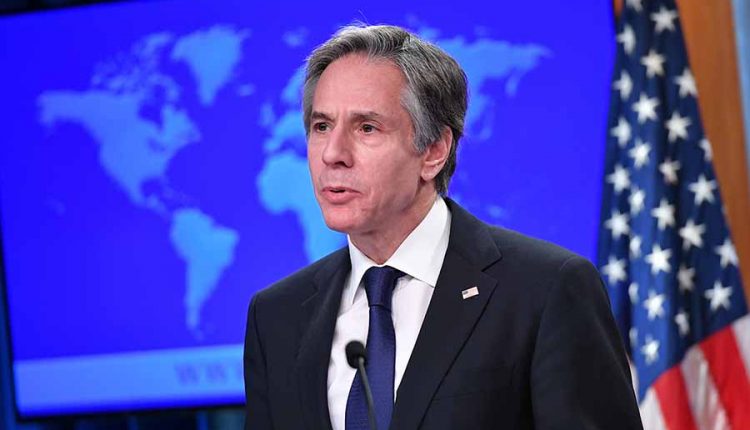 Antony Blinken warns of a military confrontation with China

The US Secretary of State deplores China’s increasingly aggressive behaviour. However, a military conflict with the People’s Republic is not in the United States’ interests.
Notwithstanding rising pressures between the US and China, US Secretary of State Antony Blinken believes a military conflict between the two countries is avoidable. “It is deeply against the interests of both China and the United States to get to this point or even to take this direction,” Blinken said in an interview with the broadcaster CBS when asked whether the government in Washington is interested in a military confrontation with the People’s Republic.

“What we have observed in recent years, however, is that China is acting more repressively at home and more aggressively abroad. That is a fact,” said Blinken. The minister was also critical of China’s handling of intellectual property. President Joe Biden’s administration has “real concerns” in this regard. China’s behaviour paints a picture of “someone trying to influence competition in an unfair and increasingly hostile manner.”

The US would have to oppose the government in Beijing with like-minded states and say: “This cannot and will not happen.”

Biden’s China policy has not yet been fully formulated. In particular, it is unclear how he intends to deal with the trade restrictions of his predecessor Donald Trump. So far, Biden has emphasized democratic values ​​as well as allegations of Chinese human rights violations. He also wants to strengthen the competitiveness of the US economy.

The US State Department recently issued new guidelines deepening contact with Taiwan and increasing tensions with China. The People’s Republic claims the island state as its territory. The US is Taiwan’s most important international ally. The Chinese embassy in Washington did not initially respond to a request for comment.