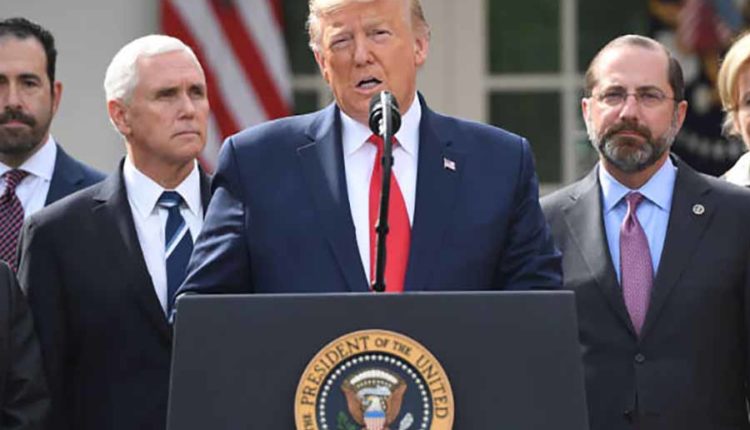 The US president increases the pressure on China. With a new law, he wants to take action against people who “wipe out Hong Kong’s freedoms”.
In the dispute over the autonomy of Hong Kong, US President Donald Trump signed a sanction law against China. With that, China should be held accountable for “repressive actions” against the people of Hong Kong, Trump said at a press conference in the rose garden of the White House. The law gives the government effective new tools to act against people and institutions that “eradicate Hong Kong’s freedoms.”

The law provides for punitive measures against anyone who undermines the autonomy of the Chinese Special Administrative Region. This can affect representatives of the Chinese leadership and police authorities, as well as banks that do business with them.

Trump also said he signed an injunction that would end all Hong Kong treatment. The metropolis will be treated like part of China in the future, said the President. There will be “no special privileges, no special economic treatment and no export of critical technologies,” said Trump. The government had already announced this step. In addition to export controls, this should also affect customs duties and the issuing of visas, as the US government announced in May.