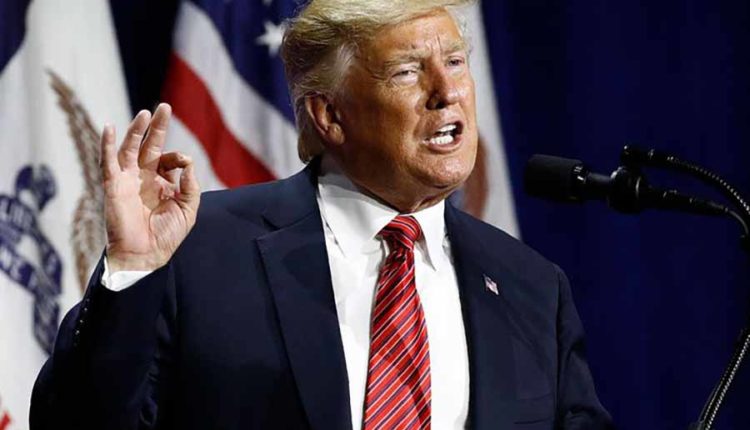 The US president is in his own words open in the election campaign for clues about his opponents, even if they are from Russia or China. With that, he encounters indignation.

US President Donald Trump would by his admission in the election campaign accept information from other states about his rivals. “I think I would accept that,” Trump said when asked about it in an interview with US television broadcaster ABC.

“This is not interference.” It’s just about information. When asked if his campaign team would accept such clues – for example, from Russia or China – or would instead turn on the FBI federal police, Trump said, “I think maybe you should do both.” But he said, “I think you should listen to that; there is nothing wrong with listening to it.”

Trump said that these are simply investigations into the political opponent – and such studies are quite common, even among members of the Congress. “They do it all,” he claimed.

Only if he felt that something was wrong would he turn on the FBI, Trump said. At the same time, the US President emphasized: “Never in my life have I called the FBI.” The FBI does not have enough people to handle such things. To the interviewer’s objection that, in the FBI’s view, it was by no means permissible to accept compromising different information about political competitors, Trump replied, “The FBI boss is wrong.”

Ashton Kutcher Announces the End of the Netflix Series The Ranch