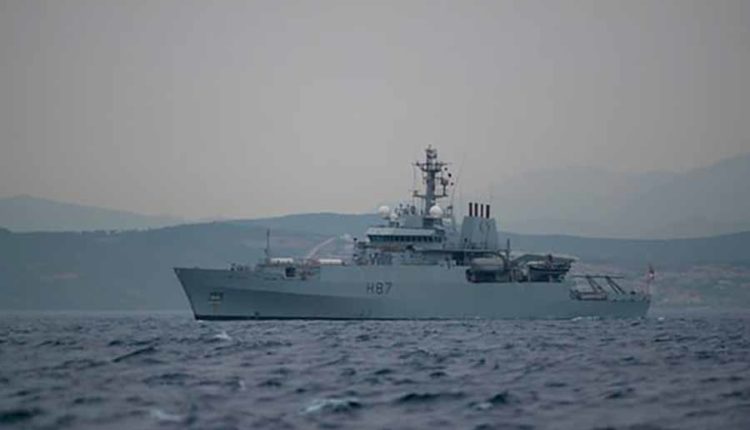 Britain accuses Iran of pushing a British oil tanker in the Strait of Hormuz. A British warship had been forced to intervene.

In the Strait of Hormuz, there has been another incident with an oil tanker. “Contrary to international law, three Iranian ships attempted to obstruct the passage of a merchant ship, the British Heritage, in the Strait of Hormuz,” a spokesman for the government in London said. Previously, US media had reported that subsequently intervened a British warship and the boats have pushed back.

The British Government also confirmed this information. The British frigate HMS Montrose had been forced to position itself between the Iranian boats and the tankers and “give verbal warnings to the boats.” The Iranian ships had then turned off. “We are concerned about this action and urge the Iranian authorities to de-escalate the situation in the region,” it said.

Iranian President Hassan Ruhani had previously threatened the United Kingdom with the consequences of stopping an Iranian oil tanker elsewhere – off Gibraltar at the southern tip of Spain. “The UK’s stopping the supertanker was a mistake and stupid,” he said. “We must all work to ensure that international shipping remains safe and does not make them unsafe with such actions.” Britain should heed this, “so as not to bear the consequences later”.

“Harry and Meghan think about the second child.”