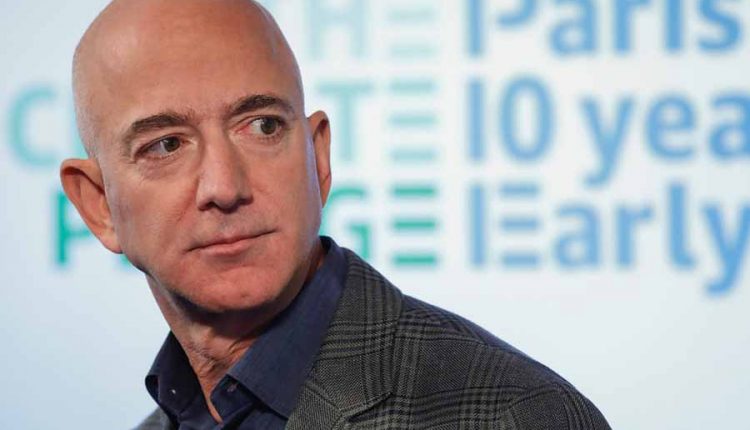 According to a report, Jeff Bezos received a malicious message from the Crown Prince of Saudi Arabia. Later details from his private life became public.
Saudi Arabia has rejected a media report that the smartphone was hacked by Amazon founder and Washington Post owner Jeff Bezos on behalf of Saudi Crown Prince Mohammed bin Salman. The Saudi embassy tweeted the allegations were absurd. An investigation into the allegations is called for so that “all facts come to light”.
Earlier, the Guardian, citing anonymous sources, reported that Bezos received an encrypted WhatsApp message in May 2018, which was sent from the Crown Prince’s account. According to the results of digital forensic analysis, the smartphone was infected via a video file that was sent to Bezos by the crown prince’s number. Thereupon large amounts of data were downloaded from the device within a few hours. The Guardian writes, however, that they have no knowledge of what the content is. Bezos and Bin Salman had previously had a friendly chat exchange.

At the beginning of 2019, the US tabloid National Enquirer published intimate details about the private life of multimillionaire Bezos. The origin of the material has so far not been clarified beyond any doubt. According to the magazine, Bezos was also blackmailed with nude photos. He then launched a private investigation to find out how the National Enquirer got his data. The brother of his new partner was suspected for a long time.

This is not the first time that Pecker is in focus. In the 2016 US election campaign, he is said to have kept the affairs of his friend, today’s US President Donald Trump, out of the headlines. For this, the National Enquirer is said to have bought the exclusive rights to the story itself.

Top Digital Marketing Trends That You Shouldn’t Ignore in 2020